The Metro Richmond Zoo is pleased to announce the birth of a male orangutan named Taavi born to first-time parents, Farley and Zoe. After being neglected by his mother, Taavi is being hand-raised by animal care specialists.

After an eight and a half month gestation period, Zoe gave birth to Taavi on March 2, 2021. Taavi weighed 3.18 pounds at birth.

Unfortunately, Zoe failed to show maternal instincts and would not nurse her baby. She held Taavi in her palm far away from herself instead of holding him close to her body to develop a bond. Zoo staff stood nearby to monitor the situation. To help, one of Zoe’s beloved caretakers tried to teach her how to hold and nurse a baby by demonstrating with a doll, but those efforts were unsuccessful. Zoo staff had to intervene to allow Taavi to get the nutrition he needed. Zookeepers made several attempts to reintroduce Taavi to his mother, but all were unsuccessful. To ensure
Taavi’s survival, the animal care team decided to hand raise him.

Taavi is receiving around the clock care by zoo staff. As a newborn, Taavi was fed a bottle every two hours. As he has gotten older, the interval between his feedings and the amount of formula has increased. Taavi means “adored” in Hebrew and Finnish, and it’s the perfect fit since he’s loved by all the zoo staff.

Taavi is now 7 months old and weighs around 14 pounds. He is starting to eat some solid foods in addition to his regular bottles. Taavi’s caretakers work with him to increase his strength. They place him on a lifesize orangutan stuffed animal where he practices holding on and moving around like he would with his mother.

Currently, Taavi receives care behind-the-scenes at the zoo and is not on exhibit.

The orangutan is an endangered species native to Borneo and Sumatra. They are the second largest of all primates, with adult males weighing up to 350 pounds. They are classified as apes, not monkeys. These beautiful creatures are among some of the most intelligent animals in the animal kingdom. Unfortunately, they have been victim to poaching and deforestation, resulting in an endangered status. Deforestation for the establishment of palm oil plantations is the primary cause for habitat loss for orangutans. 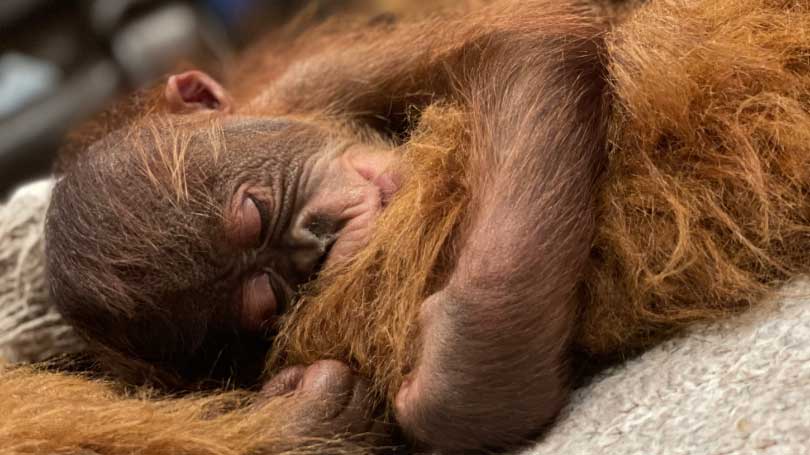 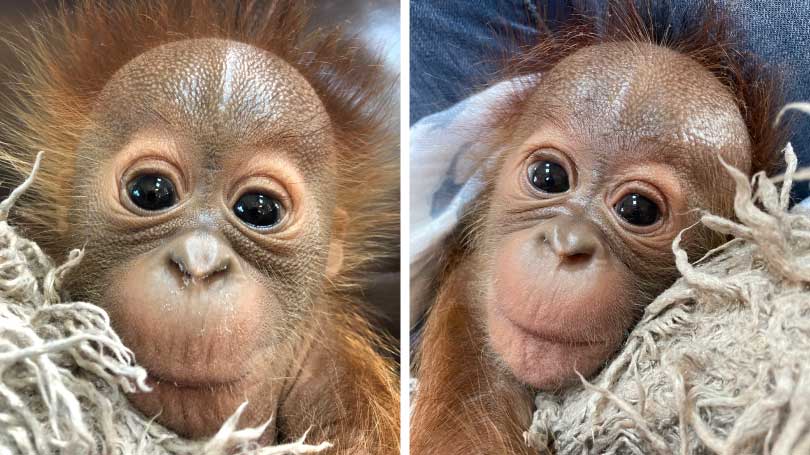